Wow, after witnessing one of the greatest sports adventures Seattle has ever experienced I have a few thoughts I think can help us all. 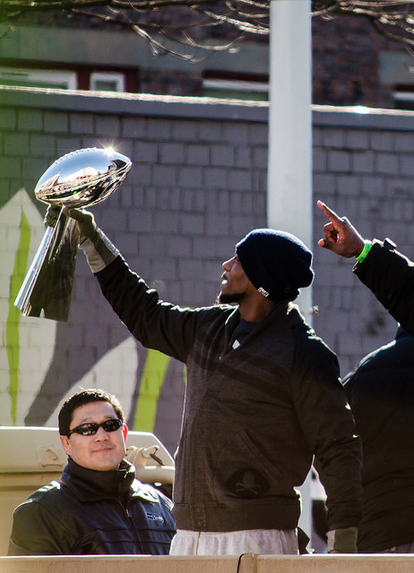 It wins Super Bowls.  It also wins in entrepreneurship.

Watching the Seahawks this season was a quick schooling in Confidence 101 and I want to peel away a few layers to get to the bottom of how it can help you.  First let’s take a look at some examples from the team.

The dude get’s drafted in the 3rd round and is not even slated to be the starting quarterback his rookie season on a 7-9 team the previous season.  So what’s the first thing out of his mouth?

“I intend on winning 4 Super Bowls in my career, and hopefully all of them here in Seattle.”

He pretty much was laughed at around the league, called short and not a typical NFL quarterback…. Until he went on to become the starter and win his first Super Bowl in only his second year.

Say what you want about Richard Sherman, he’s been dead right all along about who he is.  The dude grew up in Compton, graduated from Stanford and is drafted even lower than Wilson, ending up in the 5th round.  Some would say at that point he was a nobody (a thug) and would be washed up in a few years.  But he’s smarter than that and knows who he is.

During his first few seasons he starts telling everyone in the media and around the league he’s the best cornerback in the league.  He says he can stop anyone, even stop the best offense in the league.  They say he’s just a smack-talker and tell him to be quiet.

And what does he do?

Sherman goes on to back up each and every statement with game defining play-after-play, leading the “Legion of Boom” and helping a Seahawks defense become simply one of the best in NFL history.  Today, there’s no doubt who is the best cornerback in the league.

Lynch has a different approach to his confidence.  The dude was raised in the rough parts of Oakland, where one says the least amount possible in order to wake up the next morning to live another day.  But through this he learned not to allow the outside world to distract him in his craft and he believes in letting his play and the results speak for themselves.

He goes on to become “Beast Mode”,  lead the league in 100 yard rushing games over the last few seasons and ultimately help his team win a Super Bowl this year.  He does this by not talking to the media the entire season, simply saying “I let my play speak for itself.”

Pete was hired as the Seahawks head coach straight from his head coaching job at USC, not the most appreciated school around these parts of the country.  Instantly, he changes the tone of the organization and allows his fun-loving and confident demeanor to permeate the team, winning over the city of Seattle.

He also starts picking palyers out of the draft WAY lower than any other teams would do.  Again, look at our Pro Bowl players and take a look at where in the draft they were taken… so low most other teams passed on these players, thinking they weren’t worth the effort.

Yet, Carrol had the cool confidence that he and his coaches could turn seemly low-level players into World Champions.  And you guessed it, he was laughed at too.  Until he won the Super Bowl with a great collection of well rounded players and coaches.

The thing about all these guys – and the entire Seahawks franchise – is their confidence.  They know deep down inside they are champions.  They absolutely knew the entire season – unbeknownst to the rest of us –  they were going to win Super Bowl XLVIII.

I don’t reckon any time hearing “I don’t think we are good enough… we might not win.”

No, they spoke confidence.  The lived it.  They breathed it.  They embodied it. This calm, cool, and collected confidence is what wins in sports.

It’s also what wins in entrepreneurship.

I don’t know any successful founders who are not confident in their own unique way.  I don’t mean arrogance.  I also don’t mean cockiness or being egotistical and flippant in nature.  I am talking about emitting a cool, calm and collected confidence around knowing who you are and where you are going.

Because people want to follow those who know who they are and where they are going.  People want to believe in their leader(s) and will not tolerate someone lacking confidence, vision and strength.  If we sense our leader lacks any of those characteristics, we simply switch teams, become a free agent and allow another (more confident) founder to recruit us into their vision.

There’s too much to cover here around success and confidence but it’s that last point – knowing who you are and where you are going – that makes the difference between a successful entrepreneur and the ones who can’t quite ever make it.  With all this talk about Seattle founders having more Lynch than Sherman, we might be able to use a little help in building the confidence in ourselves, our community and our companies.

So as a founder, how do you gain confidence in the right areas?  How do you channel your inner Russell, Richard or Marshawn?  That’s for the next post in this series of confidence.  Stay tuned.