Looks at this!  On Nov 28th we released a new feature which allowed merchants to quickly self register a Seconds account in just a few steps.  The result – 20 new accounts created in less than 2 weeks.  Before the 28th, we had created less than a handful of accounts since it was not a streamlined process.  Now, any merchant anywhere in the county can quickly grab a new number to accept text messages and have a nicely designed mobile site to communicate with customers. 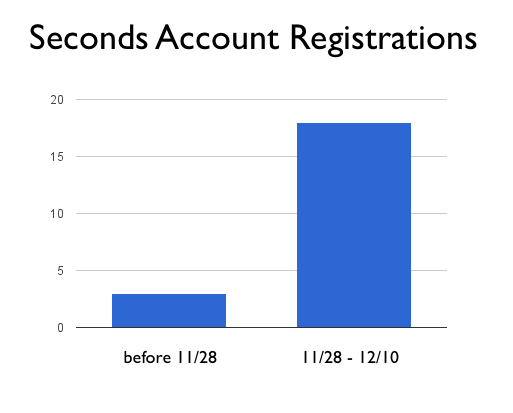 Also, I wonder what the recent redesigns will bring?  I think our numbers will be out of the roof, but you be the judge:

Here’s the old one. 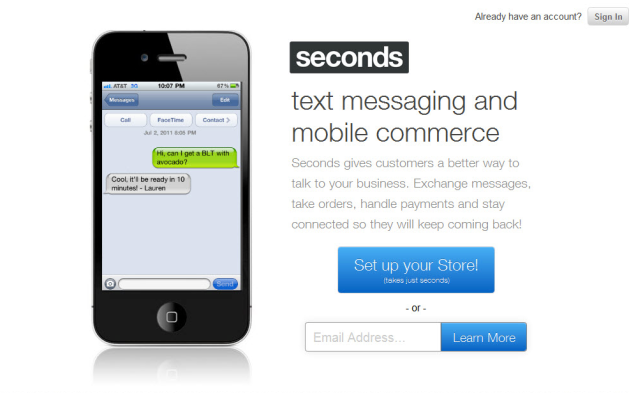 Here’s the new one. 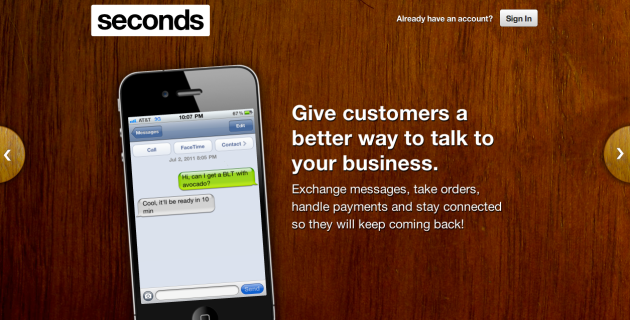