I recently gave a talk to early stage entrepreneurs at a weekend hackathon in Bellingham, WA.  It was fun, challenging and educational for all.

Given these individuals were just starting on their journey, I chose to focus on things they should be considering coming right out of the gate.  Below are the three things I addressed with them and what I feel every founder needs to think about as they hack together their team and build out a first version of their product or service.

The very first thing you must think about is your team – whom should be on it and whom shouldn’t.  Get it right or pay the price later.

Especially when you are starting something at a weekend event like a hackathon or Startup Weekend, it’s tempting to just grab abled bodies from anywhere so you so you can fill empty seats.  This is not advised, since the wrong person on a can bring down the entire ship.  It’s very important to fill specified roles within the team to put your company in the best position to succeed.

Here are the three positions I feel need to be filled if you are considering forming a team to build a software/app based startup:

The Developer.  First – and especially if you are starting something in tech – you’ll need a technical person.  This individual is the one who architects the product and who writes the code. Great engineers are able to balance pragmatism and perfectionism, are not averse to debugging and bugfixing, and employ a healthy skepticism of their code and the world around them. This is the engineer.

The Designer.  Second, you’ll need someone who makes the code look pretty, readable to the layman allowing for a great user experience.  Great designers understand that 90% of good design is not about the pixels, they understand basic coding and have a well rounded view of other sciences of the world.  This is the designer.

The Hustler.  Lastly you’ll need someone who can sell your product, or the one who understands how to get it in the market and found by people.  This is generally the business person, the CEO, and the Hustler.  To quote Fred Wilson, CEO’s really need to just focus on 3 things.  They set the overall vision and strategy of the company and communicate it to all stakeholders. Recruit, hire, and retain the very best talent for the company. And lastly, make sure there is always enough cash in the bank.  That’s the Hustler.

Fill those roles first, or deal with the consequences later. 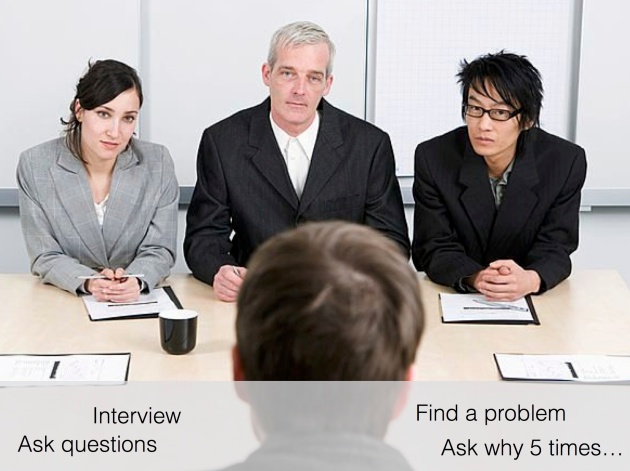 The second thing early stage founding teams need to think about is finding out who will actually use the product by doing customer discovery and validation.  The knee jerk reaction of most founders is to believe they are so genius they can think up an idea in the shower, grab a few developers to build the app and then sit back and enjoy millions of downloads from all over the world.

It’s imperative to get out of the door and talk to actual people who YOU THINK would be your end users.  You need to interview them, asking questions about what problems they are encountering, why they are having those problems and how are they trying to solve them today (they usually just piece together a few random tools to solve it until something better arrives.)  Figure out how they are doing it now so you can offer a solution 10x what is available on the market today.

And rather than trying to plan the entire thing out before talking to customers – like sitting in an office and writing a 30 page business – just start with a hypothesis, do some interviewing and testing on a few good ideas on how to solve it, and then adjust and pivot with the results you observe.  You will learn more in a week or two of testing hypotheses than months/years of preparing a well written business plan full of (mostly) wrong assumptions.

Do your customer interviews now or learn later no one wants what you just built.

The last one is a biggie!  It’s paramount a founding team understands their vision, know what they are trying to change in the world and then break it down into approachable pieces to start with.

As a founder you need to think about your entire vision as a large iceberg. The challenge is to find the tip of the iceberg and only release that as the first version. The rest of the iceberg is under water and very large, just as your entire vision is in your head and not visible to the rest of the world. Some think of this as an MVP (minimum viable product) and I concur, I just like the illustration better.

Most founders make the mistake of not finding (or determining) the tip of the iceberg and thus end up building the whole iceberg, resulting in lost time, a bloated product and a lost value proposition.

For every Uber – a very simple and easy to use app – there’s thousands of apps that get it wrong and initially build a too complex product. They end up confusing users and not even getting to the point of an exponential user growth curve.

Twitter was simply a status update and following what others were updating. That’s it and people could easily talk about it and share it with their friends. Snapchat was pictures you could send to friends that disappeared after 10 seconds.  YO was absurdly simple, yet at least it was simple enough where millions of people got it and downloaded the app to mess with friends.

The key is to break down your complex problem into its essence. Know the end game and the large vision but find the simple starting point where millions of people will understand what to do with the app. Find the least amount of features and code possible to solve your initial problem.

These three principles are essential to a successful product launch.  If not paid attention to they will hinder a startup team from building a product, launching it successfully and achieving any traction in the market.