We started Seconds (back then called Order SM) in September 2011 with the goal to experiment around mobile – text ordering at local restaurants.   Our assumption was people would want to simply text “burrito” to their local mexican restaurant and then be able to swing by and grab it without having to wait in line for their food pay with a physical credit card.  Everything would be taken care of in the background on the web.

We learned a ton, but the biggest thing was both merchants and customers really liked being able to just pay for something by sending at text and not mess with all the other communication crap, so we ended up moving towards specifically focusing on a mobile payment system.   We changed the name to Seconds and rolled it out in Jan 201n2.   We saw a dramatic market interest in our unique take on payments, receiving inbound request from almost every continent in the world.   Unfortunately, we weren’t able to secure capital it required to scale our team and out product and so we basically stalled out at the end of the year.

Rather than being a Zombie-startup, I decided it was best we make better use of each members skill set (go get paying gigs) and wind down the operations on Seconds, as a mobile payment startup.  This means we are not taking new customers or putting in new work around the product.  It also means we are retaining the IP and tech, placing it on the shelf for a while as we determine the next phase for our ideas.  As I said to the team when we made this decision, “with each passing day, people will only get more comfortable with mobile payments and we’ll make more and more mobile payments as the months and years go on.  I don’t think this is the end of the line for our ideas, just not the right time and place for Seconds as it is today.”

This was definitely a tough decision and one I probably put off for a few months not wanting to accept the reality of the situation.

For all you who know me personally you will be quite familiar with my challenges as I built Seconds.  It is not easy to be a founder, no matter how “rock star” it may be described nowadays.  It’s lonely.  It’s stressful.  It stretches you in ways you will never imagine.  It mentally challenges you to the point where you actually think you are crazy (and probably could be) yet just normal enough to not be committed.

Frequent readers will recall my many posts on what it’s like to be a founder.  Rollercoaster is an understatement, mainly because when you get off the ride you say to yourself “wow, that was crazy fun” and then simply go back to your normal, unaffected life.  No so when you jump head first into your life as an entrepreneur.  There are scars from this journey that will take years for me to fully recover from.

With that said, we are not finished.  Strangely, I am scarred yet more excited and more prepared for future success.  A backstory will help you understand what is about to transpire from here on out.

About 7 weeks ago the Seconds team took the Super Bowl Weekend and entered Sports Hack Day, a 3-day hackathon to see who can build to coolest thing using sports oriented data.  What a weekend.  It was full of late nights, massive brainstorming and beer infested hacking.  Although we didn’t end up winning any prizes or awards, we emerged from the weekend with a kernel of a cool idea that as sports fans we just wanted to use as we went about our life.

“What if you predict – or make a call – on any stat, play or outcome of a sporting event, and in Twitter fashion simply be able to shoot it out into the social sphere telling the world you think ‘X’ will happen in this game.  If correct, your score would go up.  If wrong, it would go down.  You could then challenge friends with a simple finger swipe on your phone and then go back to watching the game.  And what if we could then determine who knew the most about sports by this running number, similar to a Klout score but for sports.”

We liked the idea so much we decided to continue to work on the concept after the weekend concluded.  I couldn’t get it out of my head and as a sports fan I wanted to use it – like really bad.  I don’t normally play fantasy sports leagues because it feels like such a commitment of time and mental energy.  But if I could simply make a few predictive calls on my mobile as to what I think will happen in the Bulls vs Knicks game tonight, and show my friend I know more about sports than he does, I’m into that.  It’s addictive.

So the 3 of us wondered what it would look like and continued to build it out.  It ended up more of an undertaking than we realized and has required many late nights over the last month.  We are now almost ready to release it to the world and see what happens.  That is all I will be saying until we announce the release very shortly, but needless to say we are interested to see what the world thinks.

As for me, I will be hired here soon and will have new daily responsibilities with another company.  Am I excited to join another company?  Yes.  Do I wish I was full time (and paid) in my own company, not having to work for someone else?  Yes indeed.  Will it just take a little more time until that happens?  For sure.  Will I give up on pursuing my creative side as an entrepreneur?  Hell no.  Do I realize my time building Seconds is pretty much the only reason I will be hired into this next position?  Yep.  It’s not lost on me all this has been worth it no matter the financial outcome or the pain associated.

Spring is in the air; no better time to emerge towards a new direction and pursue an exciting new opportunity.

Regardless of the situation, the reality is you are handcuffed. You are sidelined. You are “S.O.L.” as they say. 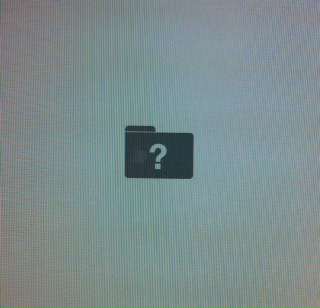 It got me thinking how tied we are to our devices and how drastic the ramifications seem to be if something goes wrong. I don’t necessary like this dependence but the more I think about it the more I realize there is not much we can do.

Are we really at that point in society where a broken machine means a broken life? If your laptop goes down, will you still be able to be productive each day? If you are like me, the sad reality is probably not.

As I diagnosed my situation it became clear the issue was with the OS and I was needing to re-install a new operating system.

For background, this machine was given to me by my co-founder when we started Seconds about 16 months ago. It is a 4-year old MacBook Pro, which he had used previously for his dev work before he upgraded. As he gave it to me I realized it was stack full of apps and programs used for development work – stuff I wouldn’t really be using. I also noticed it was running Lion, an older version of the operating system for Apple. I basically got lazy and didn’t upgrade when Mountain Lion came out.

During the last year or so I started to notice the ‘stress’ on the system and felt this specific outcome was approaching in the near future. I was also seeing that pesky pinwheel more and more (which I have to say is one of the most frustrating things). It was only a matter of time before the straw broke.

It broke on Sunday and I was sidelined.

Anyways, my current CTO Justin help me re-install the operating system. We went through the process and booted it up only to see a brand new experience with none of my old files there. They were all gone!

The amazing thing is I wasn’t upset.

Being Smart And Use The Cloud

When I was handed the keys to Seconds as the CEO (and handed this machine at the same time) I made a conscious decision to start storing all my important docs in the cloud. The combination of using Dropbox, Google, gmail, and Google Drive has allowed me to have pretty much everything at my fingertips, safe and ready to use on whatever web connected device I am using. I do recall a few random docs and images on my hard drive which are now gone. But nothing which would be devastating to my life or my business.

If you have not made this decision you must make it now. Do not save anything to your hard drive any more, save it to a cloud storage service. If you must save to something physical, go get a extra hard drive and start the habit of backing up once a week. But do not make the fatal mistake of saving something important to a mortal machine. You will regret it sometime in the near future.

So I am back to square one with this machine. There’ s a small amount of apps on here right now but not much more. I will need to download some design/wireframe/task oriented apps that I use during our product development cycles, but that is about it.

But it feels great to have the machine back up and running. I shedded the excess weight. The machine runs faster, and with the new OS Mountain Lion it feels swifter and more up to date. It feels like a new machine.

At times, we just need to press the “restart” button and start fresh like I have done that with my machine.

Maybe it’s something you can do in other areas of your life as well.