I’m sure a large number of teams reading Techcrunch or other tech blogs right now are in the same situation my company found itself recently.  It probably goes something like this: you have a startup, a product, users and a maybe little revenue.  You are growing month over month but really you aren’t where you want to be.

Most likely you are answering questions with reflexive responses such as “well, we are just testing some assumptions right now” or “we’re heading in the right direction, just need a few more engineers on the team.”  Or, how about this one, “oh, we’re still in stealth, you could call it alpha…”

Give me a break.  Quit lying to yourself.

To put it bluntly, you are in Startup Death Valley.  And you need to get out as soon as possible.  If not, your startup will certainly die.  It might make you feel better knowing Death Valley is where most startups end up – not quite done but definitely not making anything happen.  If you do feel better thinking you are not alone, you are most certainly destined to fail.  Finding yourself in Death Valley is scary and should result in only one question: “how long until we’re dead?” 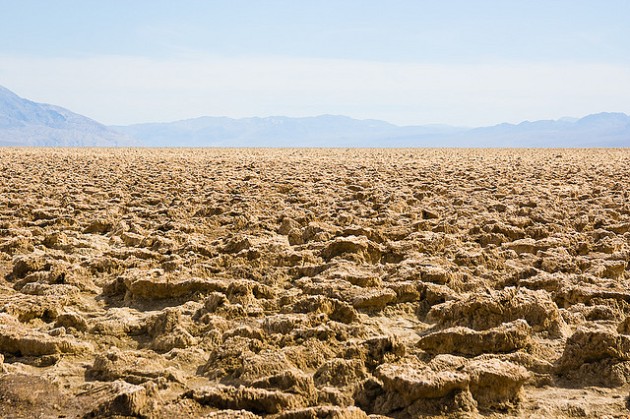 You and I know it wasn’t always this way.  Not too long ago your team was driving forward toward a goal, excited as hell to be at the office until midnight or later hammering away to the launch your latest concept.  And you absolutely knew, once you launched, millions of users were going to flock.  Revenues were supposed to grow.  Investors were most definitely going to call you back.

Now, it’s become a lot more difficult to get out of bed.  You’ve noticed it’s not as exciting to load up the email or go into the office, and definitely not as fun to field questions about your startup.  Reading all the media out there you just wish you could be on the other side, reaching milestones and attracting investment dollars at record levels.  But you’re not.  You get up each day wishing things would be different instead of actually doing anything about it.  In a word, you are complacent.

If this is how you are feeling, you are currently in Death Valley and have little time left.   So, how do those select few companies – the ones gaining all the attention and money – get out (or stay out) of Death Valley?

First and foremost, they make their own luck.  They pick up the dice and roll them again – quickly.  They get out by putting it all on the line and betting the company, just as we did recently.  Oddly, when faced with inadequate growth too many startups just keep heading blindly toward danger only to drive right off the cliff.   This is, quite literally, insane.  They are not self aware enough to sense what needs to change, when, and how fast.  The ability to sense market shifts and adjust accordingly is an incredible skill that can be found in all of the successful founders, especially ones the ones you don’t find in Death Valley.

Without going into detail about my startup, here’s the playbook we just used to redesign and deploy a brand new product within a month’s time, reviving our company and paving the way for a whole new market opportunity.  If you are a founder or early employee of a stagnant startup, maybe this playbook will help you too.

Make a commitment to change
The first step is to determine what you are going to do and how you will go about it.  To get clear on those issues, you need to take an account of what you have or have not accomplished up to this point.  This requires a long and painful look in the mirror by the founding team, revealing truths that will hopefully save the company.

Has your vision changed since the last big development?  What has the larger market and your existing user base told you since your last product release?  What features are engaging users on the existing product?  What is not engaging and not being used.  Point blank, what’s not working?   What assumptions were proven true and what didn’t pan out?

Then it’s pretty simple – keep what is working and throw away what doesn’t.  Really, just scrap it.  In our experience it was smarter to cut the fat and trim features rather than just add new ones we thought might work.  For a number of reasons we actually decided to rebuild rather than make additions to existing codebase.  Contrary to popular belief, this is more challenging than it sounds.  Why? Inherently, humans tend to be scared and freeze when making drastic changes on things they spent long periods of time working on.  It all comes down to our natural fear of change.  This is no truer as an employee of a Big Co. than as it is as a startup team reviewing their V1.0 product.  The reason is we fear change.  Yet, this is exactly where we found ourselves with our product – growing but not growing very fast. Ultimately, we decided we weren’t scared of the consequences since we knew if we did nothing, nothing would change.  Actually, that’s not true.  It would have been the end of the line since “good enough” is actually not good enough in the big leagues.

State it VERY publicly
Almost nothing gets done until there’s a deadline.  Although dates set internally are the start of it, they are only as good as your team’s integrity.  Unfortunately, it’s way too easy to fudge on commitments when they are loosely agreed upon between a few team members in a private meeting. Fully committing to a new product release required establishing a public event and trying it to our new product.  To make it even more drastic of a commitment, we also stated this publicly and promised a large group of people they would be using our system, the very product that wasn’t yet built. This was really the only way to move the needle.  Similar to launch parties, larger public commitments set solid deadlines teams must respect.  In fact, DEADline is a great word since that is what you will be if, in fact, you don’t meet it.

Do whatever it takes to deliver
Staying at the office until wee hours of the morning, having intense discussions of where buttons and other little details should be placed, and not spending time with friends or family because a deadline is fast approaching, these are all signs you are doing whatever it takes to make things happen.

The biggest sign: you are more afraid of not delivering and failing in public than anything else in the moment.

We found ourselves performing at levels we hadn’t reached in quite some time, if ever.  The last few weeks were a blur, and we didn’t sleep at all the night before our release, not because we were excited like Christmas Eve, but because we HAD to deliver.  Although not amusing at the time, the moment media was suppose to go live (6am EST) announcing our latest release, our site was actually down.  How fun!  Even more challenging, throughout the entire launch day our system was incredibly buggy due to a DNS change and other small issues.  Yet I was as proud as any startup CEO could be watching our entire team set aside all other distractions, doing whatever it takes to push out a successful new release.

The lesson here is simple – without a predetermined public commitment connected to a larger event we would never have pushed ourselves as hard as we did.  We would have stayed in Death Valley, remaining complacent like the other 90% of startups out there.   We smartly made a commitment others outside our organization could hold us accountable and expect us to deliver on.   It was very risky.

Yet, through the very late nights and stressful moments an awesome feeling started to emerge:  Damn right, we will most definitely make this happen.

3 thoughts on “Startup Death Valley: What It Is And How To Get Out”