Siri is an amazing step forward in computing technology.

Seconds enables customers direct interact and transaction with merchants through the mobile web.  When a consumer attaches their payment credentials to their Seconds account, they have effectively transformed their phone into a transactional device.  With Seconds, people can send quick messages and easily make transactions with merchants using the service.  Even more cool, because Seconds is driven through text messaging, if a person is holding an iPhone 4S they can use Siri to complete the mobile transactions with Seconds by simply saying the keyword.

Here’s how it works when you imagine a scenario such as paying rent, which is something we are set to pilot test in Seconds this month.  When rent is due, all you have to do is:

You say: Send a message to landlord  “Pay Rent”

Siri says: OK, here’s your message to your landlord: “Pay rent.”  Are you ready to send it?

Two seconds later you receive a text “Your account has been charged  $1,200 for your rent.  That’s it! Your rent is paid & you can get on with your life. 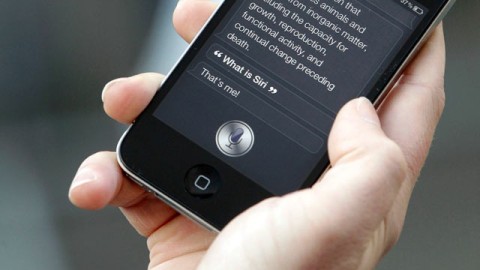 How did Siri know who to send the message to and how much you should pay your landlord for rent?

Seconds allows merchants to program their account and customize keywords with specific dollar amounts which act as triggers to charge a Seconds user’s mobile payment account.  So in this scenario, the landlord was able to simply plug in the amount of money “Pay Rent” would translate with and then told their tenants to just text their number and pay in Seconds next month.  This specific tenant was able to tell Siri to pay his rent for him.  And because had labeled his Landlord in his phone contacts, Siri was able to do the job quickly and easily.

Seconds and Siri are a perfect match, and we see a future where payments are so seamless we won’t even have to take out our phones (let alone our wallets).  In the future, your phone numbers + a pin will be all the payment credentials you will need.

The interesting thing about Seconds is not just the transactional component – which is definitely cool – but the communications aspect as well.  Seconds sits directly at the convergence of communications and transactions, and enables each at certain times and both when appropriate.  It’s truly a 21st century communications and commerce platform fit for almost any merchant – large or small, corporate or independent.

It’s my belief there will be many different players in the payments space, but merchants and consumers will not tolerate a plethora of options and varying requirements based upon specific merchants.  It will be far too confusing and there will need to be some market convergence as time goes on.  Consumers will most likely choose the option which is 1) quickest to use, 2) most widely accepted, 3) is not affected by a specific device they are holding, and 4) the easiest to understand.

We like where we sit within the ecosystem and look forward to a great future ahead.  It’s only the beginning.  If you are not familiar with Seconds, here is a quick video of someone paying for a “wrap” by simply texting the words.  Note:  this is not a demo, it’s the real Seconds experience happening every day and will soon be in your hands as well!