This post is built off of Bob Crimmons’ recent post Entrepreneurial Passion: A blessing or a Curse.  In one part I agree with Bob and in another I find disagreement and will offer a slightly varying perspective.  Let’s call it taking a different path to a similar conclusion and in doing so encouraging any entrepreneur that yes, they should pursue their passion to the fullest extent.

I agree with Bob in his general message – you must validate the idea you have become passionate about.  As he eludes, it is natural for an entrepreneur be overcome with the passion for “scratching their own itch”, working long hours to get something out into the market only to launch and then realize their execution is all wrong.  The way around this (and what I believe Bob was encouraging any entrepreneur to do) is to do massive market testing and validation prior to any time invested in production.  How do you do this? 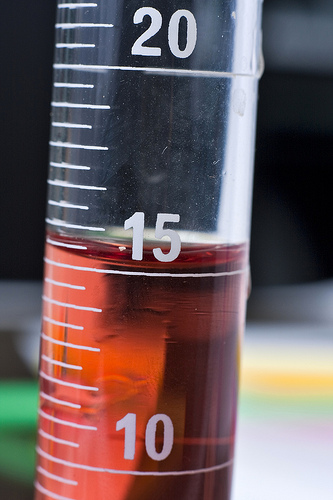 Observe – Go into your target market’s environment and observe them interacting around where your product would fit.

Investigate – Ask them open ended questions regarding their thoughts on X, Y, Z products and features.

Float The Idea – Spend $25 on a google ad promoting your product with the link leading to a landing page, observe the click response.

Test and Research – Do massive business model research prior to launching a product, especially if you are developing a “social app”.

These are just a few actions that fall within due diligence and business validity testing and they should be done prior to any product work.  So yes, I agree with Bob when he cautions entrepreneurs in blindly pursuing their passions.

I should know, I was the guy Bob was talking about the first attempt at my start up, Loyaltize.  I was extremely passionate about building a business which not only was to be a web 2.0 darling but would also rewrite the books for the new social media marketing era.  Our bright idea was to integrate local business marketing and the support of local non-profits, such as youth soccer teams.  Local business created offers and coupons with donations tied into them, so when someone redeemed the offer a donation would go from the local business to the local soccer club.  Everyone wins right!  We were so passionate about this idea we spent more than a year to build our site (remember, I was living a double life so things take double the amount of time you think they should) and finally launched in our test market.

BAM…. fell right on the ground.   We scraped it forward for about six months but basically realized our execution around a few main features was flawed.  Would we have saved the year if we did proper user testing and validation?  I am not sure but we would have learned a few key lessons and we probably would be still growing right now had we validated properly.  I learned you need to do major validation, testing, and “pivoting” around your initial assumptions to get the proper fit.

-I am now going to talk strongly here and although I have never met Bob, I fully respect him-

What struck a cord when I read Bob’s post is I am that guy – incredibly passionate, focused, head down working to build out a new platform to take over the world.  It struck me quite deep because after working so hard on something you start to wonder if you are doing the right thing and really cut out to be an entrepreneur if things aren’t coming together.  It struck me because, as they say, “truth hurts”.

Passion definitely can work against you, and if you are an entrepreneur you are probably nodding your head with me.

But I would caution Bob on cautioning entrepreneurs to be wary of their passions.  It has the potential to send the wrong message to young aspiring entrepreneurs; because it’s not what you say, it’s what they hear.  They will hear messages such as “don’t follow your passion, follow a proven business model” and “Your passions are not valid businesses”.

I would not be writing for you today had I taken Bob’s advice.  There is a high probability that if I went to a mentor such as Bob and they cautioned me on pursuing my passions, I might be on a different path.  Keeping aligned with my passion is what helped me gather enough knowledge and courage to make the leap and put me in the position I am in today.  I am so grateful someone I respected didn’t pull me aside and say “ya know Nick, this Loyaltize thing just does seem like it’s panning out for you.  Are you sure you should pursue this passion?”

I think Bob’s message takes the wrong angle on a good point.  Rather than telling entrepreneurs to be wary of things they are passionate about, I think a better angle on this issue would be to encourage entrepreneurs to harness their passions for everything they have.  Understand you have been tapped by something (someone) and dive deep into the problem area you are looking to bring a solution to.  Indeed entrepreneurs need every ounce of their passion to get where they want to go.

Jack Dorsey was obsessed with how cabs moved and communicated about the city.  He was so passionate about the idea of communication networks he sat on the idea for twitter for something like 6 years.  He couldn’t shake it and decided to build it even though it seemed crazy and didn’t make sense.  We are lucky to have twitter today to help us connect with people around the globe (@jnickhughes if you want to connect with me)

Dennis Crowley was seemingly obsessed with location aware technologies, so he built Dodgeball.  He ended up selling it to Google quite quickly, which some saw as a success, but they subsequently shut it down.  This really bothered him.  Because he was so passionate about this concept he build another application, Foursquare, with the knowledge and validations they learned from Dodgeball.  Foursquare just crossed the 10 million user mark in a little over 2 years and is paving the way in geolocation applications.

I am not being facetious here, I am being totally serious.  I guarantee Jack, Dennis, Steve Jobs, Bill Gates or any other successful entrepreneur followed their passion.  The next “Jack” or “Dennis” is probably reading this right now.  They are gripped by something in the world, so gripped they want to build a product and business around it.  I say follow it.  Build it.  Test it.  Work it.  Rework it.  Test it again.  Stay on it.  Just don’t give up, the right thing will come together.

Call me crazy and laugh to yourself if you want, but I wholeheartedly believe this: The only difference between you and Jack Dorsey is… you just haven’t figured out the combination yet.  That is it.

In fact, I am of the camp we need more entrepreneurs who think bigger.  I agree with Jason Freedman of FlightCaster.

Jason wrote a post recently about a recent trip he took to visit some friends, Henderson and Rebecca who live in Mississippi.  He was shocked at what he felt as he was leaving them:

I’m glad we’ve moved past throwing sheep at each other on Facebook.  I’m glad we’ve moved past acquiring users by downloading someone’s contact list and spamming their friends.  The startup ecosystem is much healthier than it was in 2008.  But still, I’m concerned.  As a fellow geek and early adopter, I’m psyched for one of the photo-sharing concepts to really take off.  I think it’ll be sweet to instantly share pictures with my friends in cool new ways.  But I know it’s not a huge problem for Henderson and Rebecca.  It’s just not an issue that affects them.  I’m concerned about how many of us are working on problems that just don’t matter all that much to the rest of the world.

Look, it requires a lot of passion to change the world.  I mean, to really impact Henderson and Rebecca you are going to need to harness all your passion and give it everything you got.  Just remember to test and validate along the way.